Cuthbertson and Cassian had been designing together for approximately 6 years when in 1965 Perry Connolly invited George H. Cuthbertson out to a Maple Leafs hockey game in Toronto. During the break between the second and third period, Perry had decided that 4 years with his CN35 Carousel was enough and he asked GHC to design “the meanest, hungriest 40-footer afloat.”

Project #65-13 Red Jacket was designed to the Cruising Club of America ( CCA ) rules of the day with an eye to her racing on the Great Lakes. GHC after years of being the Royal Canadian Yacht Club measurer new what had gone fast in the past but he was looking forward. Reducing weight fore and aft helped reduce her pitching in seas, part of this was eliminating the stateroom forward of the mast, a radical idea, and the area becoming the head and sail locker. He added a bowsprit to increase the fore triangle and from tank testing they went with a cantilevered spade rudder which was unusual for the time.

Oh yes, not only was she fiberglass, she also had a balsa core hull. The first sailing yacht to be built with this technique. , one layer of end grain balsa squares sandwiched between two layers of fiberglass. Common now a day but state of the art in 1965. Diagonal bands of solid fiberglass were also introduced to relieve some stresses expected on the boat, builder stresses on using the new material and designer stresses for an unproven technique. ½” balsa was used below the waterline and ¾ above but with a hull thickness of a uniform 1”

Launched in May 1966, her first year of racing she won 11 of 13 races. Defeating Inferno from the Chicago Yacht Club in the Prince of Wales race, Jim McHugh who was defending his title suggested to Perry that he should take Red Jacket to the Southern Ocean Racing Conference ( SORC ). 1967 SORC, Red Jacket skippered by Connolly, proved a great success until a fatal tactical mistake in the Miami to Nassau Race led to her losing the top position. In 1968 she returned and finished first overall, the first non-American boat to do that and that a Canadian yacht has never repeated. Red Jacket returned a third time in 1969 and finished 12th, her new fixed prop ( for the IOR rating bump ) and light winds did her no favour.

George H. Cuthbertson never was finished with Red Jacket. She received a bustle in 1968, new keel in 1969, what he considers an unsuccessful update in 1979 and in 1984 her keel, rudder and rig were reworked again. The 1984 rework was due to Paul Phelan adding a teak deck, thus making her top heavy and slow. This teak deck has since been removed.

One story from the time is as Erich Bruchmann was changing her keel in his shop, the keel fell when they undid the last bolt, crashing in to the cradle. This started Red Jacket capsizing on to the concrete floor which would have ended her but she was quickly stabilized and everyone took a breath.

Perry Connolly, by 1971 was in financial trouble and had to let Red Jacket go. She was sold to Florida for a few years before Norm Walsh returned RJ back to Canada. Peter Bowman had her then Paul Phelan owned her for many years, next his son before she passed to Peter Milligan. Peter realizing the history he had acquired vowed to take care of her and he did. He restored her and raced her competitively for many years and committed to donate her to the Marine Museum of the Great Lakes in Kingston Ontario after his death. Due to Covid restrictions she still sits in Port Credit but it is hoped she will sailed to Kingston this summer of 2022 and will stay in the water there available for charters from the MMOTGL. 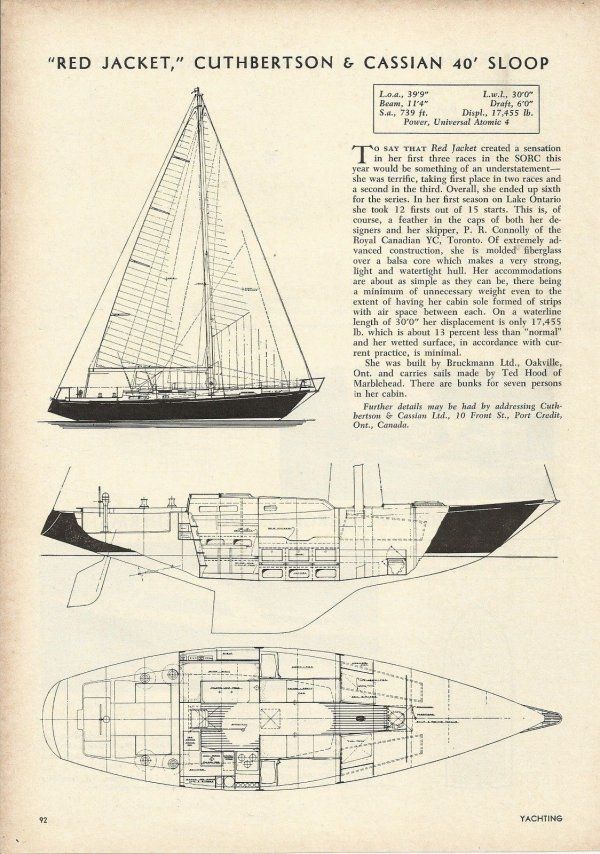 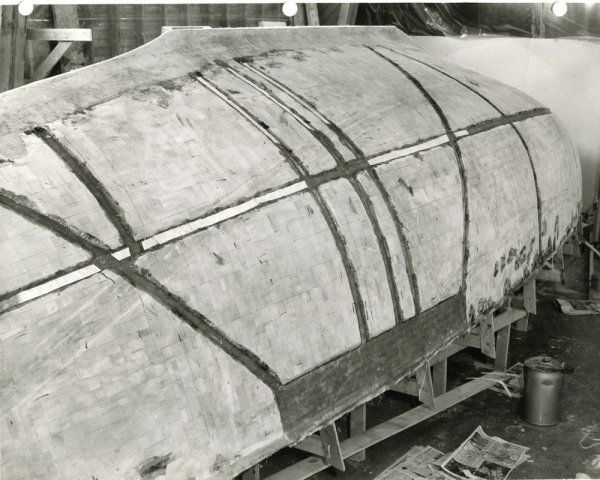 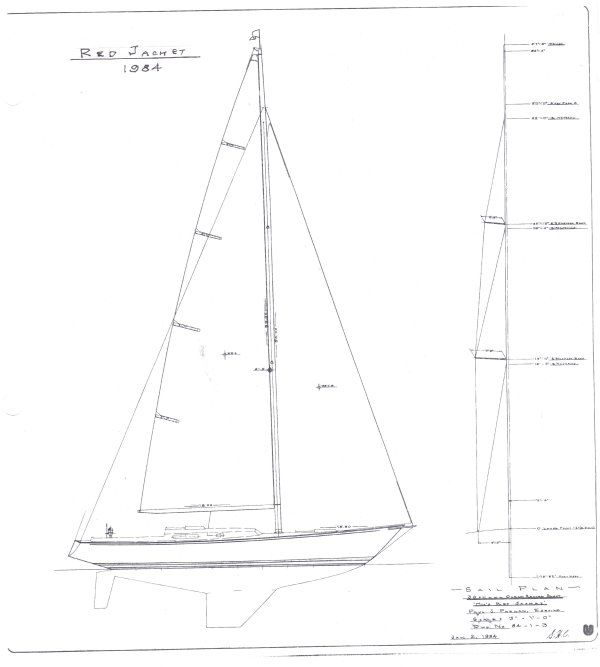