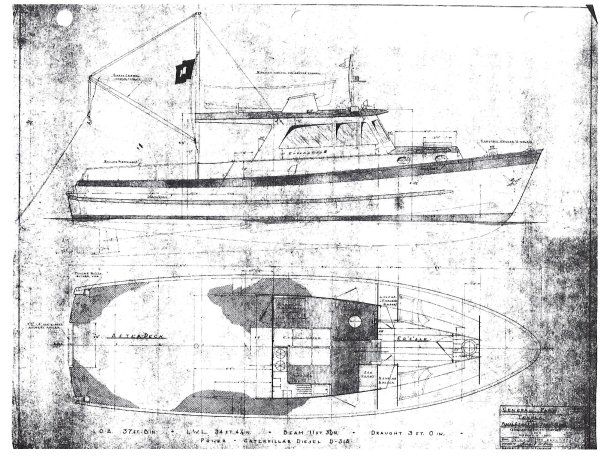 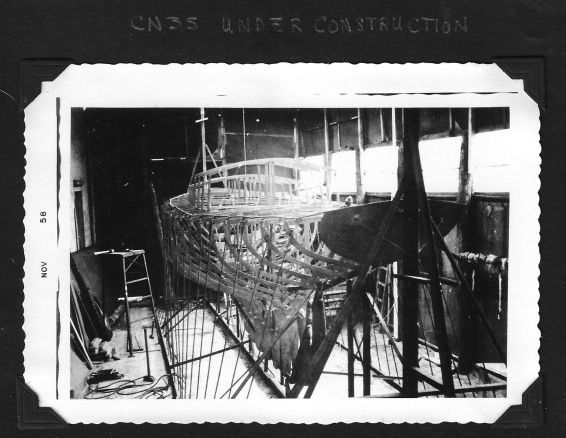 There was something about the start of the build of Inishfree and the belief that Norm Walsh had in George H. Cuthbertson that made things just start to happen in late 1950’s.

This was a transition time for boat building. Wooden boats were being built less and steel was becoming in favour for a short time.

Galatea was built by Beister-Werft in Norderney, Germany. Dad having been introduced to the builder on his trips scouting out yachts to import post war. This led to the CN 35 being built with them. The hull being designed by Kurt Beister and the rig, to conform to Cruising Club of America ( CCA ) rules by Dad. The empty shells were imported and finished in Ontario.

The first CN35, Ca Va was bought by Ian Morch, who went to University of Toronto School of Practical Sciences ( Engineering )with G.H.C ( Please keep your score cards handy… we’ve just added another player ) The seventh hull for Perry Connolly was built by Richardson’s, who had built Inishfree. Perry called her Carousel and although not built as a racing yacht he did fairly well in the regattas with her.