All those that have been paying close attention please put your hands up. Name the company credited with the design of the Water Rat, Innishfree , Elsie D, CN35 and others. Okay I haven’t spoken of the last group but if you look at the drawings of those first two boats and the name of the last one you will discover a company called Canadian Northern Company located in Port Credit, Ontario.

Peter Davidson and George H. Cuthbertson joined as partners in Canadian Northern in the early 50’s I have yet to find any paperwork on the company but I have binders to go. Initially they worked in fiberglass, then designed and built the Water Rat. To make a living they worked as boat brokers bringing boats from post war Europe to Canada. During these trips, Canadian Northern imported a number of boats built by Beister-Werft in Norderney, Germany, a steel boat builder. Once Inishfree was begun, G.H.C.’s skills became sought after, he soon had a 50’ design called Galatea and another called Vanadis, these were built in Germany.

But the first real production run which began in 1960 was the CN35. The first one, Ca Va was built for Ian Morch. ( Those who have done their homework on C&C should recognize that name. It will appear on the final exam ) 6 CN35s were built in Germany, then due to late deliveries, production shifted to Richardson Boatworks in Meaford, Ontario that had built Inishfree. One of the first ones built there was bought by Perry Connolly as a bare hull and completed by Dirk Kneulmann of Ontario Yachts Ltd. in Oakville.

Mr. Connolly was one of those men that day in 1946 that had sailed in to RCYC on Evangeline….

One of those very significant men. 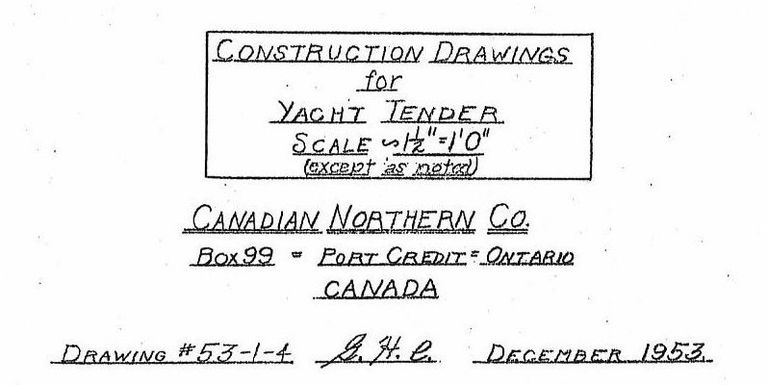