George H. Cuthbertson first met Peter Davidson as Peter sailed in to R.C.Y.C.  one day in the early 50’s on Evangeline.  They became best friends soon afterwards and Peter was George’s best man when Dad and Mom got married.  The Davidson family was an interesting lot, Peter’s Grandmother owned the Brunswick House, a fine dining establishment   beer hall and she lived in an apartment above it. His aunt owned the Gladstone Hotel, another fine establishment in Toronto.  Peter’s father was a house builder in Port Credit. Trained as a journalist, he soon took up with G.H.C.  to discover the uses of a new material called fiberglass. They worked with the Canadian Airforce on development of crash helmets, they tried their hands at lampshades. They even produced what I believe was the first production fiberglass sailboat in Canada.   Producing around 80 - 8 1/2’ Water Rats in a small shop on Front Street East in Toronto which did not provide a living wage for either, they soon started a yacht brokerage firm.

This is post war, the Canadian Dollar was doing well and there was a supply of boats in Europe.  They hunted Europe for 6 meters and 8 meters.   With challenges such as the Canada’s Cup, which had been dormant during the war years gaining renewed interest, George was on the hunt with Peter for the fastest 8 meter he could find.   While in Europe, Dad was asked by Harry Greb of Greb Shoe Company to see if there was anything that caught George’s fancy in the over 50’ class. Mir, a 78’ ketch, built at the beginning of the war was soon acquired and Dad did his one and only trans-Atlantic in 1953, bringing her to North America from Sweden.  Peter had begun the voyage but took ill in the Azores and was bed ridden when Mir left for N.A.  In 1954, they won the Canada’s Cup together on the 8 Meter Venture II.  In 1957, Peter moved to Connecticut to become a sailmaker and returned in 1962 to found Davidson Sails at King and Church. As a youth in the mid 70’s I still remember the sign hanging over the store.

Peter’s last voyage was on Red Jacket in 1968. The illness that had taken him off of Mir manifested as migraines which had grown more frequent over the years. A month after the delivery of R.J. to Miami from Montego Bay, it had become too much for Peter to handle. 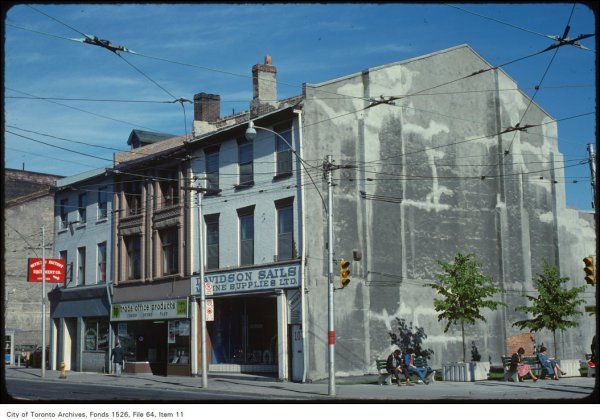