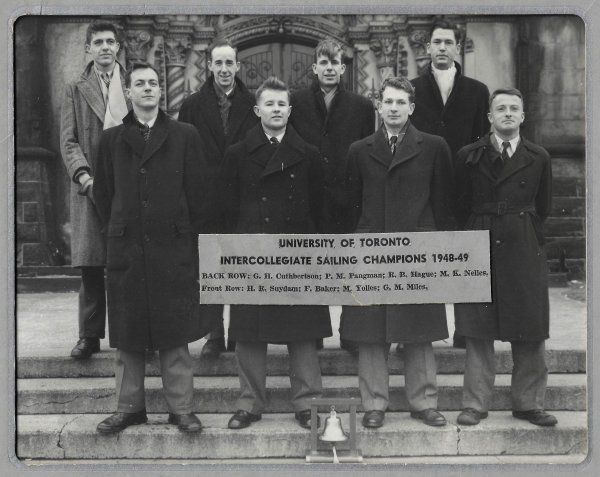 George H. Cuthbertson, the first C in C&C Yachts, my Dad, was not mechanically inclined at all. I never knew him to fix anything mechanical ever, yet he was a mechanical engineer.    Just after the war, all war veterans were offered free education, this caused a surge in students at the U of T and the University converted a munitions factory in Ajax for the  S.P.S.  G.H.C. was there for his first two years of his degree with some of those veterans.

By university, a good student will focus on their studies, I ‘m not sure but Dad was focused also on

Thesis:, The Aerodynamics of Sails.

In one of the attached photos is R.B. Hague, I knew him as Rabbit.  Sailed with him on Red Jacket.  Ian Morch, who played a significant role in C&C was also a classmate.