Dick Telford was the shop supervisor at the time for Sachau Marine.   And he noticed a  young lad of 16-17 looking through the fence one evening and invited G.H.C. in to see Cricket, a C-boat built in 1925 and getting rebuilt. Soon Dick had an apprentice named George working next to him laying floor timbers.  Dick soon joined the Navy as a Naval Overseer with the responsibility of supervising a number of ship yards building for the Canadian Navy. After the war, Dick returned to Sachau and designed Evangeline for Norm Walsh which Sachau’s yard built. In July of 1950 Dick married Bernice Tuero, who he had met in 1948. Sachau’s tried to expand it’s business and even developed Sachau Panels.  A house construction technique that involved pre-cast concrete panels. By 1959, Sachau’s Marine yard was becoming a Restaurant and Motel and Dick was laid off.   Well what was being built in 1959? Inishfree, designed by that young assistant G.H.C. he had a number of years earlier, and Dad quickly brought Dick on to supervise her building in Meaford and soon other projects for him.

During this late 50’s time period Dick was developing a boat building method called “inside out.”  The keel and ribs were laid and all interior work was completed before the hull was planked usually with Alaskan Cedar.  The planks were beaded and coved from keel up.  The cove was placed upwards to better hold the resorcinol glue.  These were all new innovation developed by Mr. Telford. This meant a large savings in labour because of the easy access to the interior. A number of yachts designs by Canadian Northern Company, a reminder that’s the corporate name George H. Cuthbertson used at the time, were built this way including Pipe Dream and others in Meaford, but mainly at Metro Marine in Bronte which was owned by Harry Greb ( remember Mir ) and the shop superintendent was Eric Bruckmann…. All supervised for Canadian Northern by Dick Telford.

After a couple more years in Canada, Dick and Bernice settled in Florida where Dick continued to design.  They would do yacht renderings together and one is in my article on Inishfree and another will appear when I speak of Red Jacket.

In 1972, Bernice, his wife called my dad to inform him the Dick had suffered a fatal heart attack at his draughting table.

Dick and Bernice have been family friends for all those years and she was my honourary “Auntie Bernice.“ In later years she remarried the once mayor of Oakville, Allan Masson and they loved their boat Rip II which was an Invader class designed by Dad.   She passed away  Dec. 21 2018 peacefully in Oakville during her 94th year. 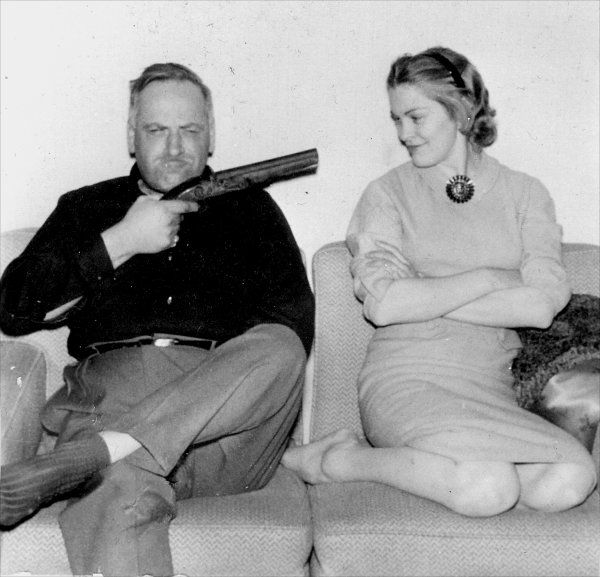 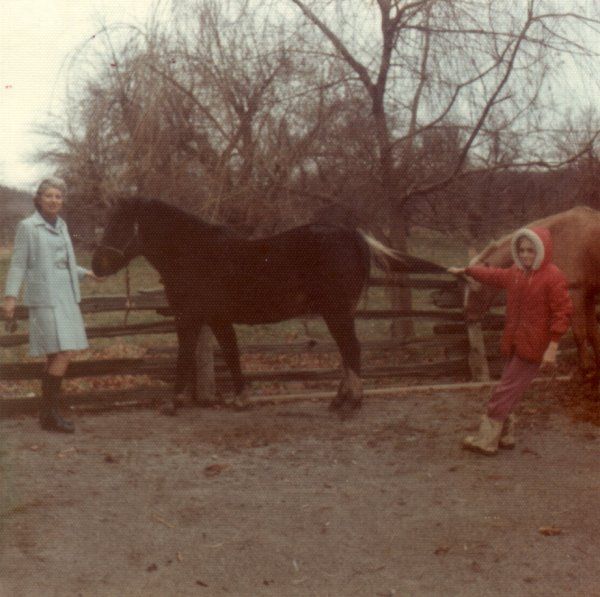