If we remember George H. Cuthbertson and his partner at the time Peter Davidson had come across the 78’ ketch Mir for Harry Greb of Greb Shoes Co.  G.H.C. sailed her across the Atlantic and brought her to Lake Ontario in 1953.  Mr. Greb had bought Northern Shipbuilding and Repair at Bronte Harbour, Ontario renamed it Metro Marine to work on his 50’ schooner Herron.  Mir being larger he acquired the Oakville Yacht Company as a home for her in Oakville Harbour.

To staff Metro Marine, he had hired Dell Ives from the Royal Canadian Yacht Club to manage.  Mr. Ives was responsible for hiring Erich Bruckmann in 1956.  Erich had just arrived from Austria where he had apprenticed as a cabinetmaker.   In no short time the shop with the skilled craftsmen were building multiple G.H.C. designs, La Mouette, Pipedream, 6 Pintail double enders, and the 42’ Thermopylae.

Dick Telford introduces the building technique of “Inside-Out” where the interior was finished first and then the hull planking applied. He also developed the process of cove and bead with the hull planks where a cove and bead were placed on each plank; the plank was installed with cove up to hold the glue and conforms to the shape without any gaps. This technique was used for the construction of the plugs for later fiberglass boats at Bruckmann Manufacturing.

Erich Bruckmann left in 1965 to start his own cabinet shop, but continued contact with George C. by doing the interior on a couple of CN 35s.  By 1966, Erich couldn’t stay away from boat building and accepts the job of building Red Jacket.

Even before Red Jacket is complete more orders start arriving and the cabinet shop is left behind and Bruckmann’s shop becomes a boat building hotbed.   His original shop overwhelmed by Red Jacket, she is moved to a new shop on Wallace Road in Oakville, Ontario.  He would move the shop once more to Speers Road in Oakville that later would become to be known as C&C Custom Shop. In 1969, the three Canadian contenders for the Canada’s Cup, all designed by Cuthbertson and Cassian were built by Erich, Manitou, Bagatelle and True North.

1984, C&C Yachts had been bought the Jim Plaxton and Bill Deluce. Erich steps away from the boat building industry but not far.  Mark, Erich’s son soon starts up Bruckmann Manufacturing in 1986 in the old Metro Marine shop on Bronte Harbour.

Erich passed away in 2011 from tuberculosis that he had contracted as a child. 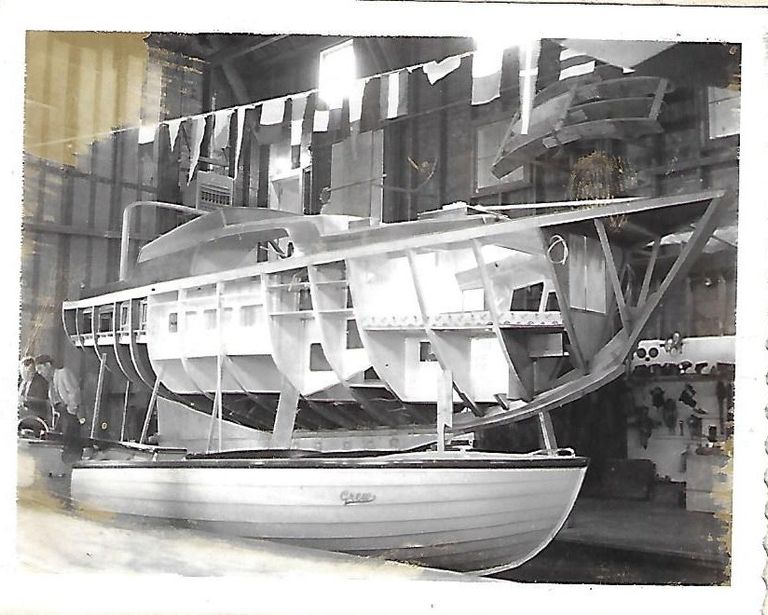 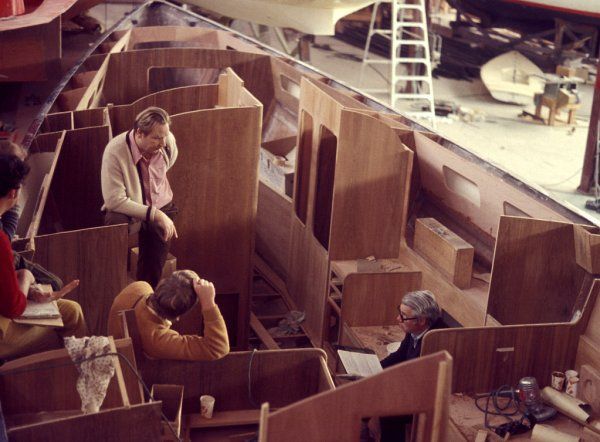