During WWI, John J. Morch, from a shipbuilding family in Denmark worked as management for an English aircraft factory. His son Ian was born in London, 1923 and a brother John Edward and older sister Doreen. The family soon emigrated to Port Credit, Ontario where J.J. found a job as treasurer with Algoma Summit Gold Mine. It had started to develop a gold mine in Northern Ontario in 1934.

During the family’s time in Port Credit. John, also known as Jack, would help create the Port Credit Yacht Club in 1936 and becomes their first Commodore for 4 years. The club continues to flourish to this day. Sadly the gold mines production costs outweighed the value of the recovered gold and by 1939 it was sold and closed in 1940. The tailings were re-examined in 1984 and still found to be lacking feasible recovery of gold ore.

With the closing of the mine, in 1939, J.J. Morch takes his family to Belleville and buys a piece of water frontage in Belleville where Atalanta, the first Canadian challenge for the America’s Cup had been built and designed by Alexander Cuthbert in 1881. On the property is located an old factory used for war materials during the First World War. World War II has begun and he opens Reliance Aircraft Company and soon has an initial contract with De Havilland that would reach a value of $4.3 million.

On the 16th of March 1944, Margaret Moffat, Robert Pringle and Edward Butler gather together at their lawyers office in Belleville to form the Belleville Marine Yards Limited to manufacture, buy, sell, repair implements of all kinds, automobile trucks, aeroplanes, steamboats, tugs and other floating equipment. The next day they had come to an agreement with Reliance to purchase a section of their property previously arranged by Mr. Pringle and would soon proceed to build workshops and sheds. On March 20th. Mr. Morch buys a third of the Marine Yard from Mr. Butler and Mrs. Moffat sells her third to K. Soden, who had worked for JJ. Morch in Toronto. By 5th of June 1944, Reliance request the use of the new sheds built by BMY and against the objections of Mr. Pringle, a deal is struck. By Jan 6 1946, Robert Pringles plans for the Belleville Marine Yards had been dashed and he sells his third and leaves the company.

1947, two years after the war and contracts drying up, Reliance Aircraft has laid off most of its staff and the main buildings are leased for 5 years by Northern Electric Company including a provision that Northern Electric retain the remaining staff. J.J. Morch sells his share in Belleville Marine in 1948 but BMY is still around and launches the M/V Tops II in Feb 1949.

During WWII, J.J. Morch’s son Ian joins the Royal Canadian Navy having received the joy of the sea from his father, having served he returns to Toronto. To support the veterans of the Canadian military, the Government of Canada provides scholarships to all military personnel. Ian Morch soon enrolls in the University of Toronto, School of Practical Science in Ajax, Ontario where he meets George H. Cuthbertson. Having achieved his Engineering degree he follows it up with a MBA from Stanford University. Returning to Belleville, in 1952 he and his brother John E. buy into the Belleville Marine Yard in 1952. They each own a third, with the last third belonging still to K. Soden, the former associate of their father’s. The Company did not do well during the 50’s, John E. Morch having to infuse money in with an issuing of more stock allowing him to hold the majority of the company.

The Avro Arrow of Canadian aviation lore, was to showcase the skills and technology of the fledgling Canadian aircraft industry. But sadly in Feb 1959, the government of the time shut it the development down releasing all of the staff and cancelling all contracts. One repercussion was that George Cassian a draughtsman at Avro would show up at George H. Cuthbertson’s doorstep, the second was the cancellation of contracts with Morch Manufacturing Limited. ( the renamed Reliance Aircraft Limited ).

In 1960, Ian Morch now with the aircraft contracts drying up contacts George H. Cuthbertson and buys the first bare steel hulled CN 35 Ca Va that is imported from Germany. Belleville Marine Yards which now has Ian’s full attention proceeds to finish the interior. As the company grows providing marine work to the Bay of Quinte and beyond, they supply mast and rigging to various boats including Red Jacket. In 1964, North Star, a GHC Design ( #63-8 ) was the first boat Belleville Marine Yards completes from keel up, it being a strip-built wooden construction. With this successfully completed, Ian Morch contracts Cuthbertson and Cassian Limited to design the 31’ Corvette of which over 170 were eventually built in fiberglass. The 40’ Crusader ( # 66-2 ) came two years later and also sold well. Followed by the Frigate ( #67-2 ) and the Invader ( #63-10 ) was transferred to Belleville after 1969

1968, GHC, Hinterhoeller, Ian Morch ( Skippering ) raced Electra II a Corvette owned by Gordon Stonehouse in the Southern Ocean Racing Conference, against Perry Connolly and Red Jacket. She did well, finishing second overall with a fleet of 92 boats in the Miami to Nassau Race.

By late 1969, with Morch having success with Cuthbertson and Cassian designed boats, Robert Sale approached Ian to join with Hinterhoeller, Bruchmann and Cuthbertson to form ….

But it was not to last, in 1971 Ian Morch leaves C&C, purchases the plant in Belleville back and starts Morch Marine. A well respected facility, much to Mr. Pringles original plan for the property, which lasted until 2007, Ian passed away in October 2014. His family’s love of the water continues with his niece Karen Morch, a Gold Medallist in 1984 Olympic Windsurfing. Julia and Tim plus 4 others, his children continue to enjoy sailing and their parents and grandparents love of the water.

Belleville Marine after being merged into C&C would become C&C Sales Limited until 1978 when its charter was sold to George H. Cuthbertson and renamed Motion Designs Limited to serve as a management entity for GHC and later he designed the Mark 19 / Harbour 20 with Henri Adriaanse, who had worked as a draughtsman with C&C. Also designed was the Ontario 30 for Ontario Yachts, refits including the 1984 refit of Red Jacket. I bought MDL from Dad in 2010 and provided CNC ( Computer Numerical Control ) cutting to the film and theatre Industry in Toronto and now providing the history of GHC through stories and reproduction of items from the history of C&C.

It did always confuse Dad on what I did for a while, I would explain I do CNC work, not C&C or CNC- Canadian Northern Company ( his first company )

Next Page: Back to the Dock 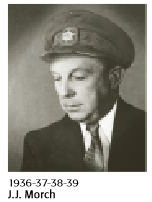 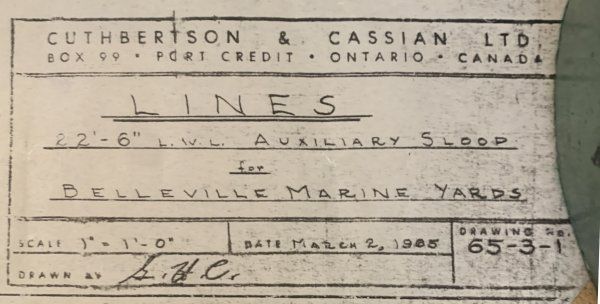 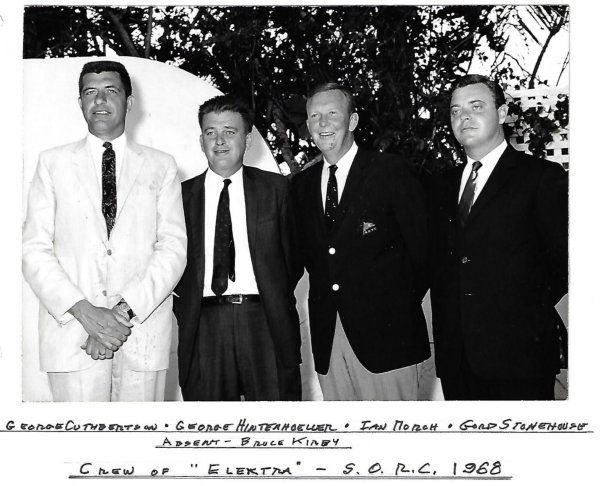 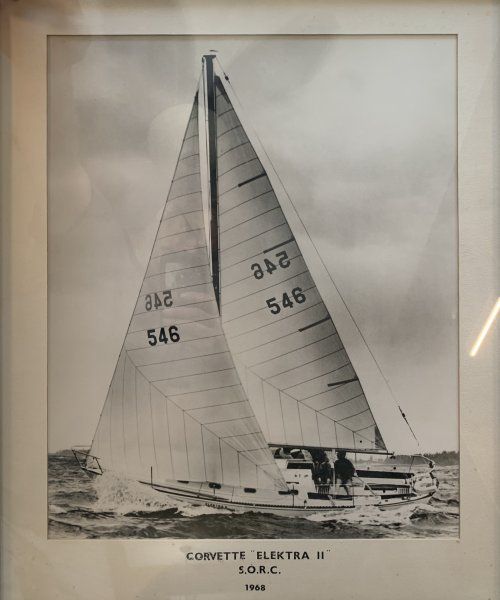